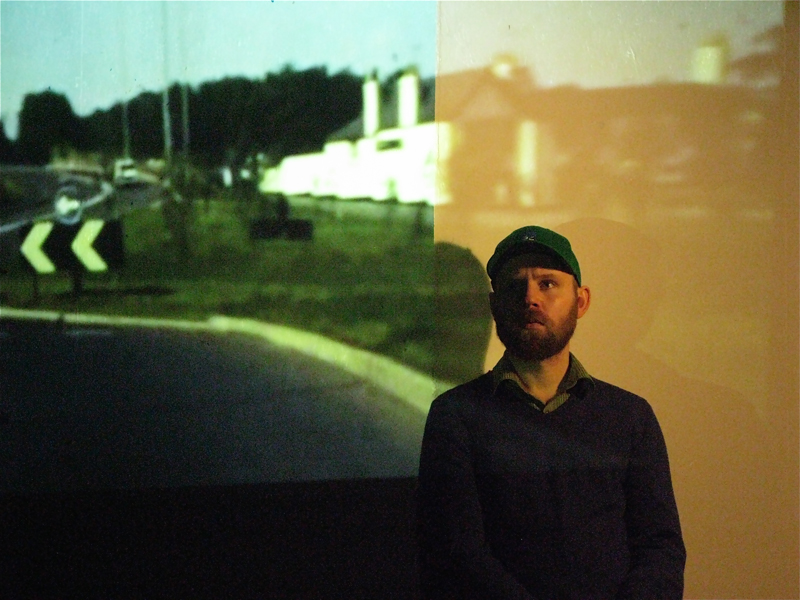 “The master of the loop pedal” Samuel Beam, Iron and Wine

Manchester based singer, songwriter, and multi-instrumentalist Marc Rigelsford, better known as Magic Arm, gives new meaning to the phrase “work from home.” Rigelsford recently released his psychedelic sophomore LP, Images Rolling, which like his first album was recorded in the vast part-derelict three-storey house he was living in. Unlike his first effort however, Images Rolling departs from Magic Arm’s hallmark electronic sound and makes abundant use of live instrumentation.

“Warning Sign,” the third track off Images Rolling is exemplary of this transition – utilizing live piano, strings, and brass. Warning Sign recalls the ambience of Sigur Ros’ weirdly magical off-kilter daydreams, its patient charm wafts through a hue of 60′s psychedelia with a wistful glow, gently buffered by its nostalgic sway, finding the woozy middle ground between summer vibes and solitude, escapism and direct poignancy.

“Listening to Warning Sign, it may not be surprising to learn that Ed Droste from Grizzly Bear is quite the fan – he once exclaimed, “I dare you to tell me it sucks,” in reference to Rigelsford’s debut album – the song sharing Grizzly Bear’s ability to sound simultaneously grand and gorgeously intimate.” Guardian