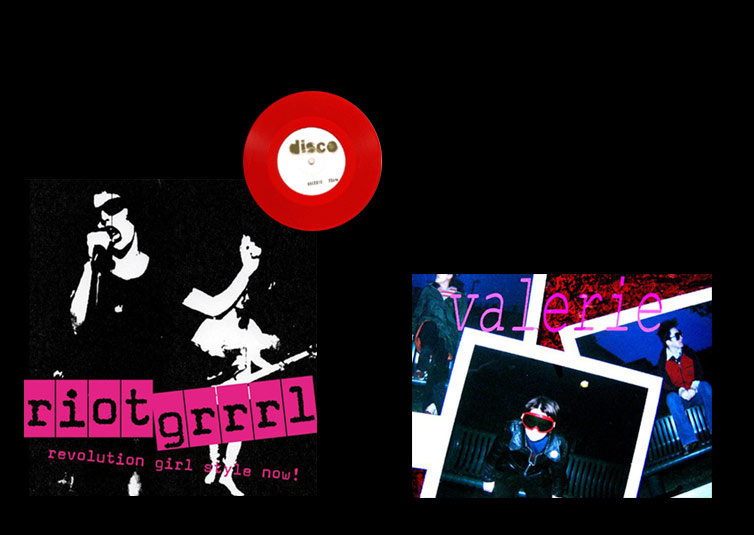 April’s Disco V Punk EP is Valerie’s second release on Switchflicker. The Disco side is home to the underground call to arms that is Disco Punk Resistance. Undeniably Mancunian, DPR does a nice line in Happy Monday’s style euphoria, backed up by urgent guitars and sleazy beats. On the Punk side highlights include, Big Bad Billy C, an angst-ridden threat to art students who natter at gigs, and the legendary punk strop, Music 4 Townies, a picture postcard of inner city tensions.

To celebrate the release on red limited edition vinyl we are throwing a party in the basement of the Islington Mill Salford:
Celebrated slut of the spoken-word, CHLOE POEMS,
Shambolic She-Ras of punk VALERIE launch their ‘Disco Punk’ EP.
GIDEON CONN woos the willing
PLUS: Casio queens SMARTYPANTS
and DRAGULA -the undead dance-drag troupe.

UPSTAIRS:Graffiti art and performance by DREAMBOMB and THE DRUNKEN SANTAS. Christmas Pass the Parcel by JELLYFISH.

Valerie have been tearing up the European gig circuit for the past few years. Playing with the likes of Le Tigre, Erase Errata, Liars, The Gossip and Sleater-Kinney, those who have witnessed the Manchester trio’s live action have heralded them as stars in the making – the rock band’s band, even the she-cool of Karen O listens to them in the shower!