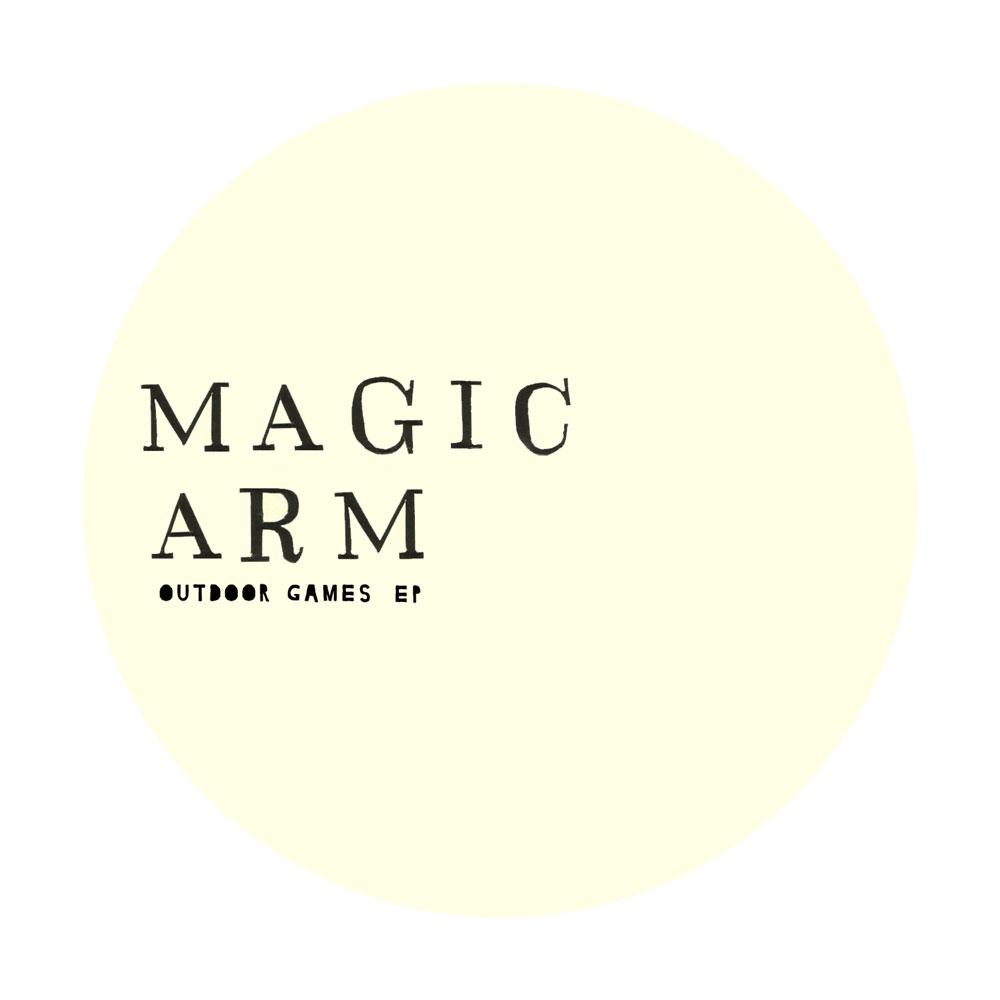 “Magic Arm’s fragile melodies are a must see” – The Independent

Magic Arm is the alias of Manchester resident Marc Rigelsford. The project (named after “something I’d like to own… or invent,” says Marc) came to life when he was given two days to make a soundtrack for a friend’s showreel. He came up with Outdoor Games, the title track of this debut EP, and from that, he began writing under this new moniker. Two years in the making, the result is this charming, varied and experimental seven-track disc.

“Hopefully it sounds interesting, melodic, tongue in cheek, and a bit life affirming,” says Marc. “Well, that was the idea anyway.”

Recorded at home on Marc’s computer, the EP ranges from twisted psych-folk to sinister pop and austere electronica. There’s plenty to love here: the title track builds to a towering crescendo, People Need Order takes the ’60s harmony-pop formula and skews it with a freaky backing track and instrumental I Want You You Want Me is built on a Casio organ beat but expertly – if incongruously – blended in with banjo and church organ sounds. Elsewhere, DAQ (Don’t Ask Questions) is what Marc refers to as his “un-informed take on electronica,” but is actually a neat track that pokes fun at the pretensions of the genre, love song You Should Know has elements of ‘30s pastiche and Move Out boasts a looping flute over a clockwork-sounding backing.

A former member of cult band Escape Pod, Mark has been making music for years in various guises. Making his live debut as Magic Arm at Salford’s Sounds From The Other City festival in 2006, he’s since picked up esteemed fans including Grizzly Bear, King Biscuit Time and The Earlies. Marc’s live shows – which sometimes feature his emotive, solo version of LCD Soundsystem’s Daft Punk Is Playing At My House – have won plaudits for his use of children’s toys, samples and acoustic guitars and his shambolic charm. One journalist described it as being “like Frank Spencer running riot in an instruments shop.”

“I’m not too technical minded, so there’s a sense of naivety to what I do,” admits Mark. “That’s the secret.”

“Outdoor Games is a stirring, deliciously woozy surge of a record” Guardian Guide