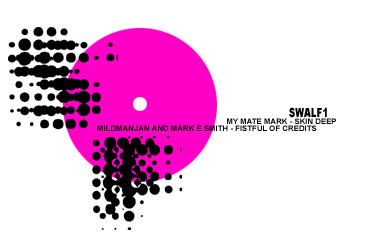 The first single from Manchester label Switchflicker, sees a collaboration between the spoken word of Mark E Smith and electronic producer Mildmanjan. The results are beautifully crafted on a limited pink 7″ vinyl. the flip side features my mate mark with vocals from Tracey Elizabeth and Veba, the Manchester’s very own Ike and Tina. The single is nicely finished with individually screen printed sleeves. Very limited and now all gone.