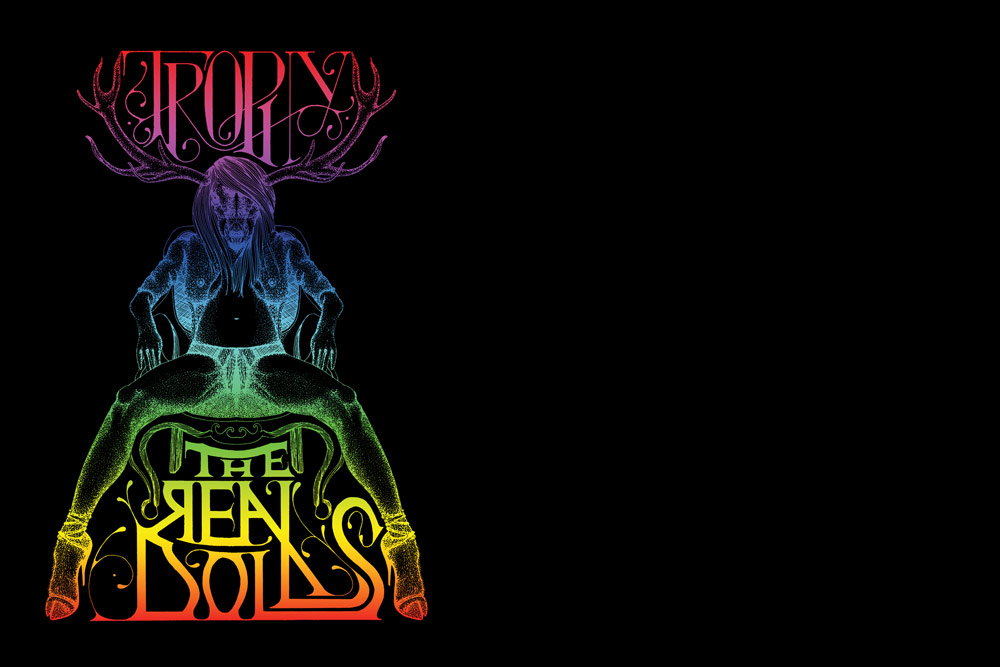 REAL DOLLS’ A gang of love

The Real Dolls’ debut release ‘Trophy’ is a dark electronic Hip Hop tune, which mocks the notion of the flashy 21st century playa and his accessory model girlfriend. “ You’re my trophy girl, come stand close to me”. Rod Hotly’s satirical eye examines the two sides involved in the trophy relationship; the first verse plays out the male perspective and the second the female. Bringing home the final verse is Afrikan Boy, M.I.A collaborator and genius MC, going hard and putting down some serious fire. ‘Trophy’ is already proving a force to be reckoned with, regularly taking over the dance floor at the Dolls’ Manchester club night ‘Pronk!’

The concept of the Real Dolls came from rapper, Rod Hotly. Inspired by a Frank Zappa interview where an ailing Frank wondered why nobody was writing songs about all the fantastic cyber sex gadgetry and all the other bizarre freaky shit that came with it in the late 80’s/early 90’s. The Real Dolls have picked up the challenge and have emerged with a fresh, fun, futuristic sound. The band has been busy solidly building a loyal fan base for the past few years, collecting band members and eclectic influences along the way. The current live outfit stands at five: rapper Rod Hotly, world-class scratch DJ Peter Parker, production savvy RealDave, vocalist Zoe Hooker and part rapper/part dancer/part energetic glitter ball Yoshi.

“The sound of a city reborn” – NME